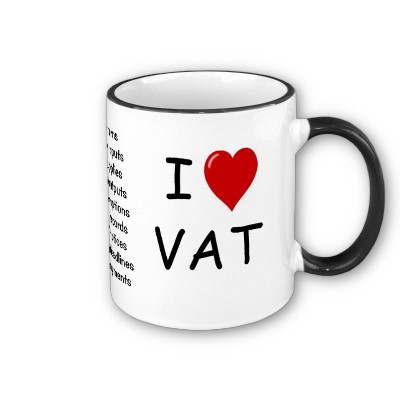 Have you ever asked yourself: How did VAT arise, Could the EU countries meet the competition by different tax rates, Is the VAT reverse charge system fair to all member countries, How is your country profiting from EU VAT concept and other similar questions connected to value added tax? If you want to know the answers, read on.

As everyone knows, VAT belongs to indirect taxes. Indirect because it is imposed on consumption, no matter what goods or services (with exceptions naturally) you purchase and who it purchases. So called VAT taxpayers (registered to VAT) are simply tax collectors for the government and hence indirect tax collecting.

EU’s VAT framework proceeds from other former indirect taxes, that had nature of consumption taxes imposed on particular goods such as sugar, wine, etc. (in the past called octroi or excise tax). Often were these taxes even collected as tax in kind.

Since establishment of European Community is clear, that within integration of Europe, it is essential to co-ordinate and integrate taxation and tax system in general. Crucial step in harmonization of indirect taxes was issuing First European Council directives (nr. 67/227/EEC) in 1967. In this directives EU member states pledged to implement so called “general consumption tax” to their tax systems on or before 1.1.1970. This deadline was later postponed and the whole new VAT framework actually started on 1.1.1973 (the last country that implemented VAT framework was Italy). VAT framework replaced different kinds of turnover taxes, which is also a reason why VAT is often on some countries named as turnover tax.
Another important improvement was Sixth European Council directives (nr. 77/388/EEC) in 1977, which introduces universal VAT application. This directives was replaced in 2007 by new directives nr. 2006/112/EC

. This one is nowadays the basic in harmonization of value added tax.
Data processing and administrative harmonization
Essential part of European VAT framework became also harmonization process in the field of reporting, cooperation administrative and financial authorities and entities registration for VAT. New tax identification / registration number has been launched for this purpose and newly includes also country code, where the entity is registered. This helps to verify Europe-wide whether the entity is VAT taxpayer or not.

Beware : In some countries the entities have the same tax identification number for VAT and income tax purposes, but in others they are different, which means it is not straightforward to identify VAT tax payers.

European Union puts stress on digital communication, which is for sure right choice. Whole administration is solely electronically. VIES (VAT information exchange system) has been introduced for monitoring purposes of cross-border trade within EU member states. At the same time INTRASTAT replaced customs inspection system.
This is also an important reason why EUROSTAT have one of the largest and most detailed database.

At the very beginning there was no limit on VAT rates, because countries were refusing to do so. They used following arguments:

Rates heterogeneity was an obstacle to further integration and progress of international trade. Core issue is especially different taxation (VAT rates) of same kind of goods or services in different countries. Key progress is introduction of reverse-charge system, i.e. shifting place of taxable transactions from supplier to customer. This principle became a general trend in VAT law development.
Although there is still no unification of standard and reduces rates, EU managed to restrict minimum rates (directives nr. 92/77/EEC):

Whole VAT framework slowly changes a sense of words domestic territory. In most of the cases it means entire EU member states territory. That is also a reason why export describes exporting to third countries (beyond borders of European Union).

At this place it is necessary to emphasize, that all mentioned problems have been already included in EU primary law, in so called Treaties of Rome.

). Total amount is determined by:

How much then transfers Czech Republic?

According to EUROSTAT the Gross national income of Czech Republic in 2011 was 3.550.743 million CZK
Ceiling is then about 1.775.371 million CZK
Collected VAT revenue in 2011 was 277.899 million CZK
this means Czech Republic transferred to EU VAT budget just about 833,66 million CZK
Maximum payment rate 1,5 % was highest in 1985. Since that time the rate has been diminished to 0,3 % (there are still some exceptions valid to 2013 – Austria 0,225%, Germany 0,15% , Netherlands and Sweden 0,1 %).
To sum up, it is very clear that Czech Republic has huge profit from single VAT framework mainly because of openness to foreign investment within EU. 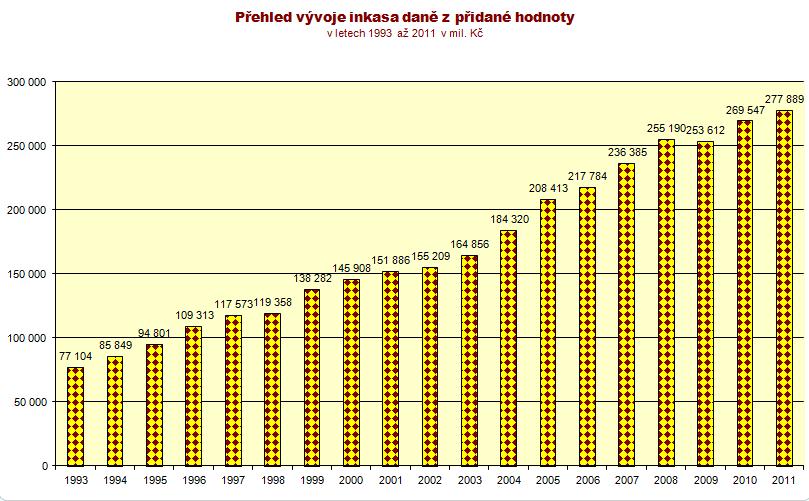 If you are curious how much does your country pay to EU VAT budget, have a look at the table at the of this article

How about VAT in the rest of the world?

It is important to mention, that VAT tax is not introduced world-wide. For instance in USA there is sales tax instead VAT. Importance of value added tax for state budget differs among countries. In general we could say, the more important VAT revenues for state budget are, the more difficult is collecting income taxes in particular country. This is also reason why VAT revenues are key component of budget revenues in Latin America.
When someone wants to compare different taxation of population in different countries, it is absolutely crucial to compare the whole structure of taxation system (detailed).

As an example I will state a typical rhetoric of our Finance Minister. Nowadays there is a discussion how high should be the standard and reduced rates.
The Finance Minister wants to unify both rates and have just one at 20 %. He argues that this works fine in Denmark where they have one standard rate at 25 % (the highest in EU).
To demonstrate misleading information of such statement, let’ have a look why they have that high single standard VAT rate.
Mr. Kalousek (Finance Minister) did not mention that Denmark compensates the highest and single VAT rate by having the 3rd lowest national insurance contributions – 0,6 % or large scholarship program for almost every student at university or college.

Summary of VAT tax revenues in member coutries and subsequent VAT transfers to EU budget
Source: EUROSTAT, data for 2010, all data are in million of EUR